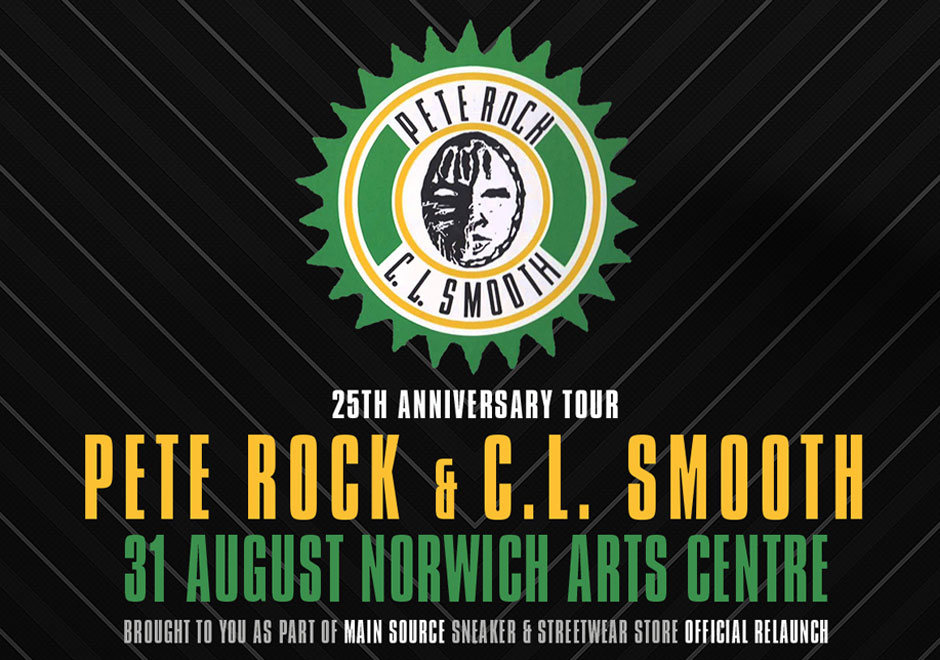 As they Perform for the very first time ever In Norwich In celebration of the official Re-Launch of Main Source Sneaker and Street Wear Boutique. Est 2004, Reinvented 2016 and Beyond... 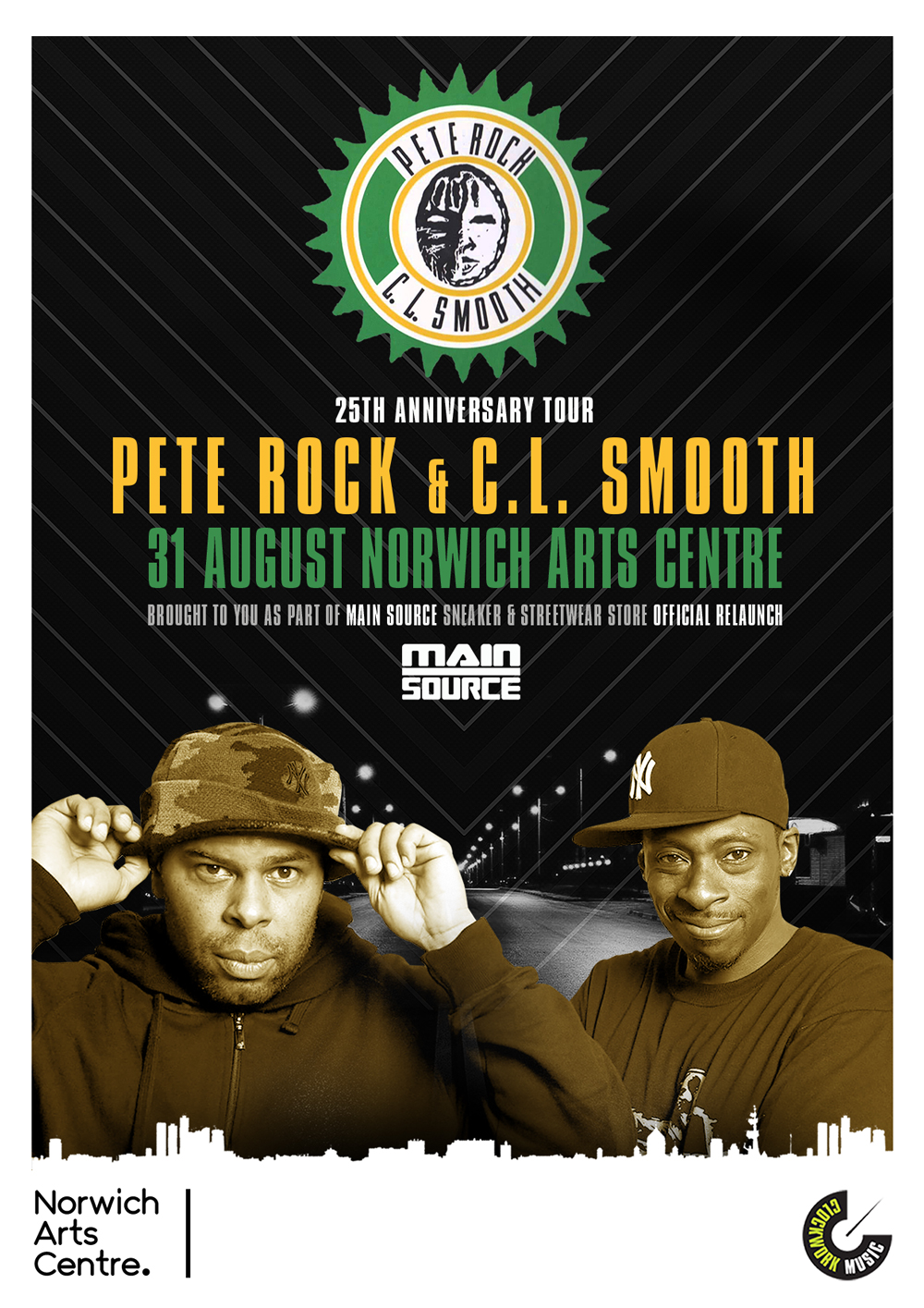 Pete Rock & CL Smooth, Hip Hop Legends who created one of the greatest albums ever, the critically acclaimed Mecca & The Soul Brother and EP All Souled Out, to name a few.

Support on the night will come from

Chrome, Just1 & Leon Nockolds - Our Good Friends and Local Legends (Representing No Half Stepping) And Hosting the Night will be Illinspired

Ticket price £22.50 in adv Available from the Norwich Arts Centre Box Office and Limited amounts In Store at Main Source £25 on door 8pm-12.30am

Also For a special treat Come in-store to Main Source from 4PM and share a Brooklyn Lager with us whilst live DJ’s warm you up ready for the main event. Not only that but hang out with the guys themselves PETE ROCK and CL before their gig, where you can grab signed merchandise too!

Main Source Est 2004 Re-invented in 2016 and beyond! Get your Tickets Early as this is a guaranteed sell out!