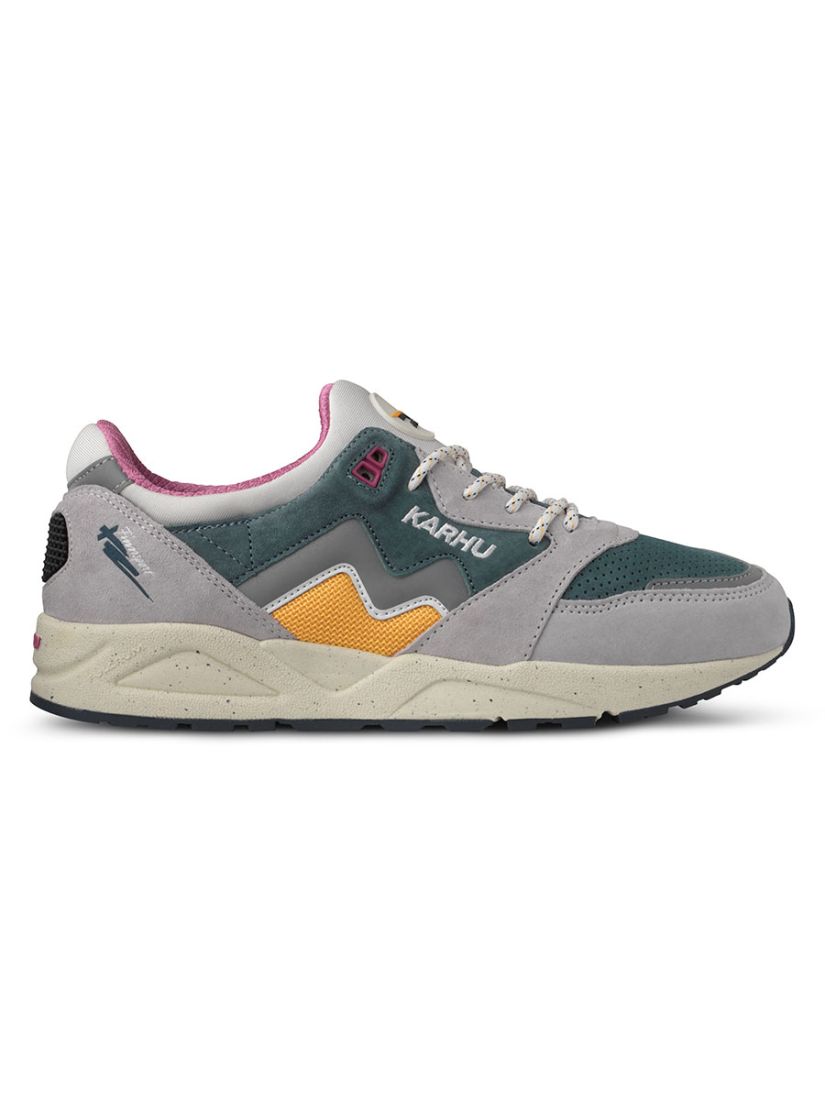 Be the first to review this product
Karhu - Autumn Winter ’21 Ursa Major, known as the Big Bear, is a large constellation best known for containing a group of seven bright stars called the Big Dipper, a useful navigation tool in the Northern Hemisphere. Guiding people on their route or path to find their destination using the sun, moon, and stars goes back to ancient times. Since then, humans have been driven to explore not only planet earth but also the unknown, to discover new worlds. The Ursa Major pack celebrates the link between the Big Bear and the Karhu bear. The continuous urge of human beings to explore has been the source of inspiration for our next pack and accompanying photoshoot.
As low as £115.00
Availability: In stock
Only %1 left
SKU
KHU204
Add to Wish List Add to Compare
Details
Lycra monosock construction Suede overlays Different kinds of mesh Debossed reflective finnsport logo print on heel Flat laces Reflective details Special designed “Ursa Major” footbed and Box F803078
More Information
Reviews
Write Your Own Review