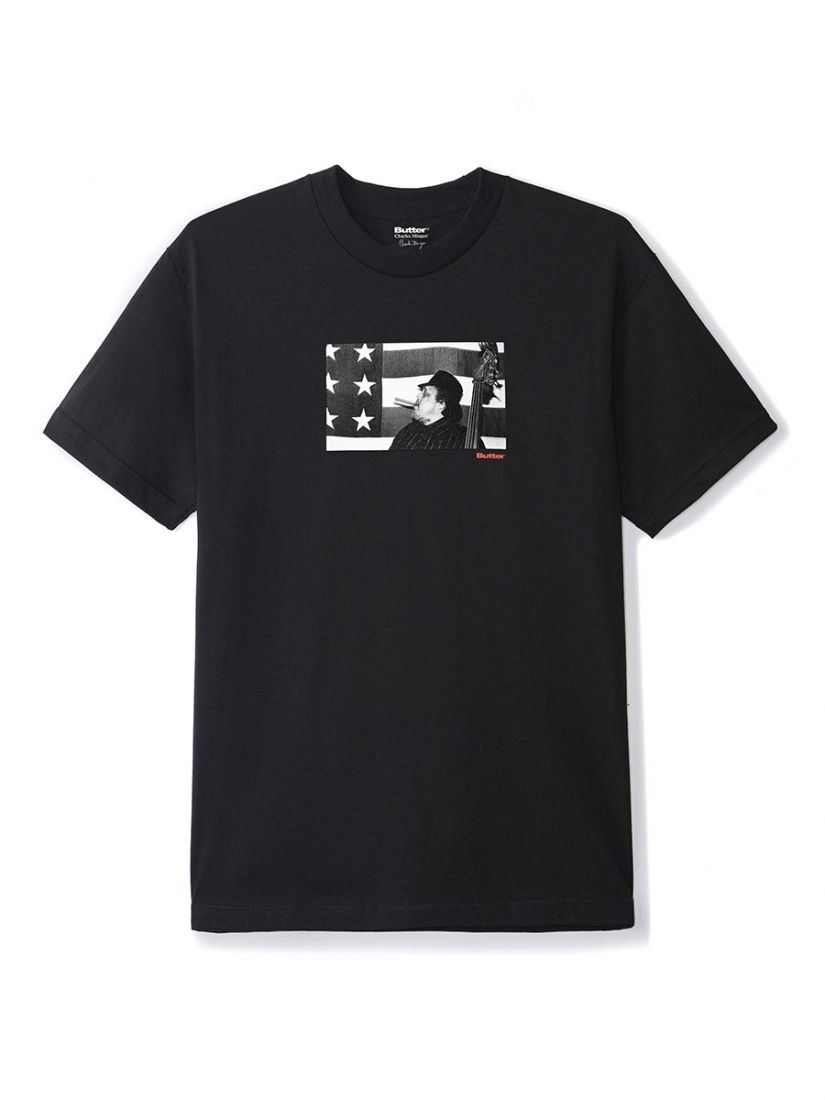 Be the first to review this product
Butter Goods has worked with the Estate of Charles Mingus on a collection celebrating his life and music. Charles Mingus was a virtuoso bass player, accomplished pianist, composer and one of the most important figures of jazz and 20th century music. When Mingus died at the age 56, he had already recorded over 100 albums and written over 300 compositions. Working with the likes of Miles Davis, Duke Ellington, Charlie Parker and leading many of his own bands, Mingus has left behind one of the largest bodies of musical works in the United States with an unmeasurable impact on modern music.
As low as £35.00
Availability: In stock
SKU
BTR147
Add to Wish List Add to Compare
Details
6oz 100% Cotton Screen print on front and back
More Information
Reviews
Write Your Own Review