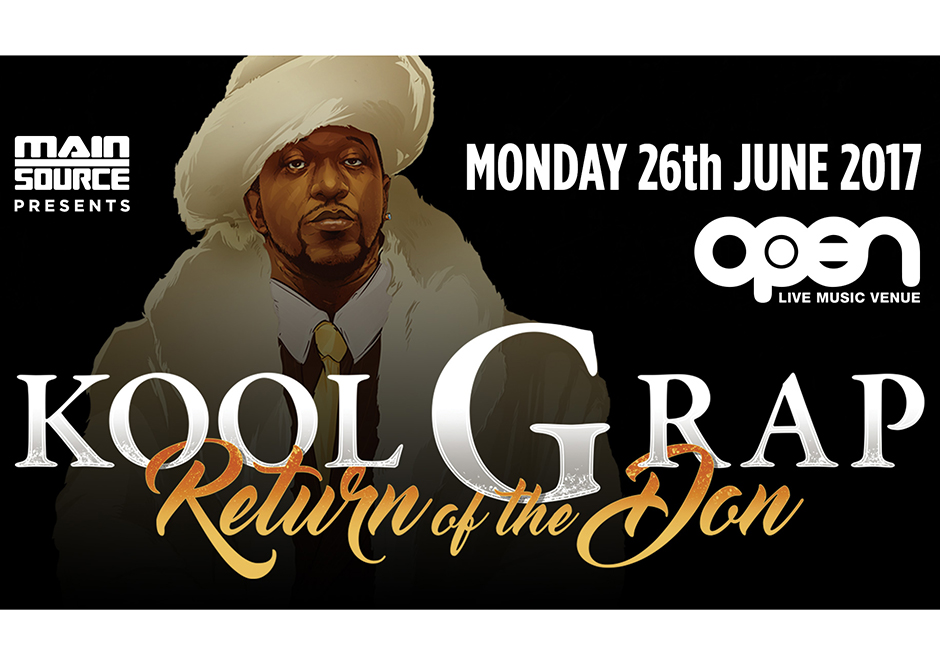 Kool G Rap appeared on the Juice Crew's classic posse cut "The Symphony" before he and DJ Polo released 3 classic albums, Road to the Riches, Wanted: Dead or Alive and Live and Let Die.

G Rap has since gone on to release countless classics alongside the likes of Nas, DJ Premier, Mobb Deep, Capone N Noreaga, The Alchemist and many others.

Cited as one of the most influential emcees of the golden age era, Kool G Rap has announced his first ever show in Norwich on Saturday 26th June, as part of his long-awaited UK tour, having not performed in the country for 25 years.

With other classic rappers such as The Notorious B.I.G, Ghostface Killah and Nas naming Kool G as a major inspiration for their own brands of hip hop (as well as more contemporary emcees like Action Bronson citing the icon), the emcee is considered a pioneer of the genre.

Within his music, some of Kool G's hallmarks include complex multi-syllabic rhymes, using the same rhyme in entire verses and combining it with such fast paced delivery that his breath control is almost unbelievable.

So, We are very proud to have KGR Represent Main Source on Monday 26th June 2017 at Open, Norwich

Tickets are available in store at Main Source, Soundclash records, U.E.A Box Office and at Open and Eventbright

DO NOT MISS THIS! 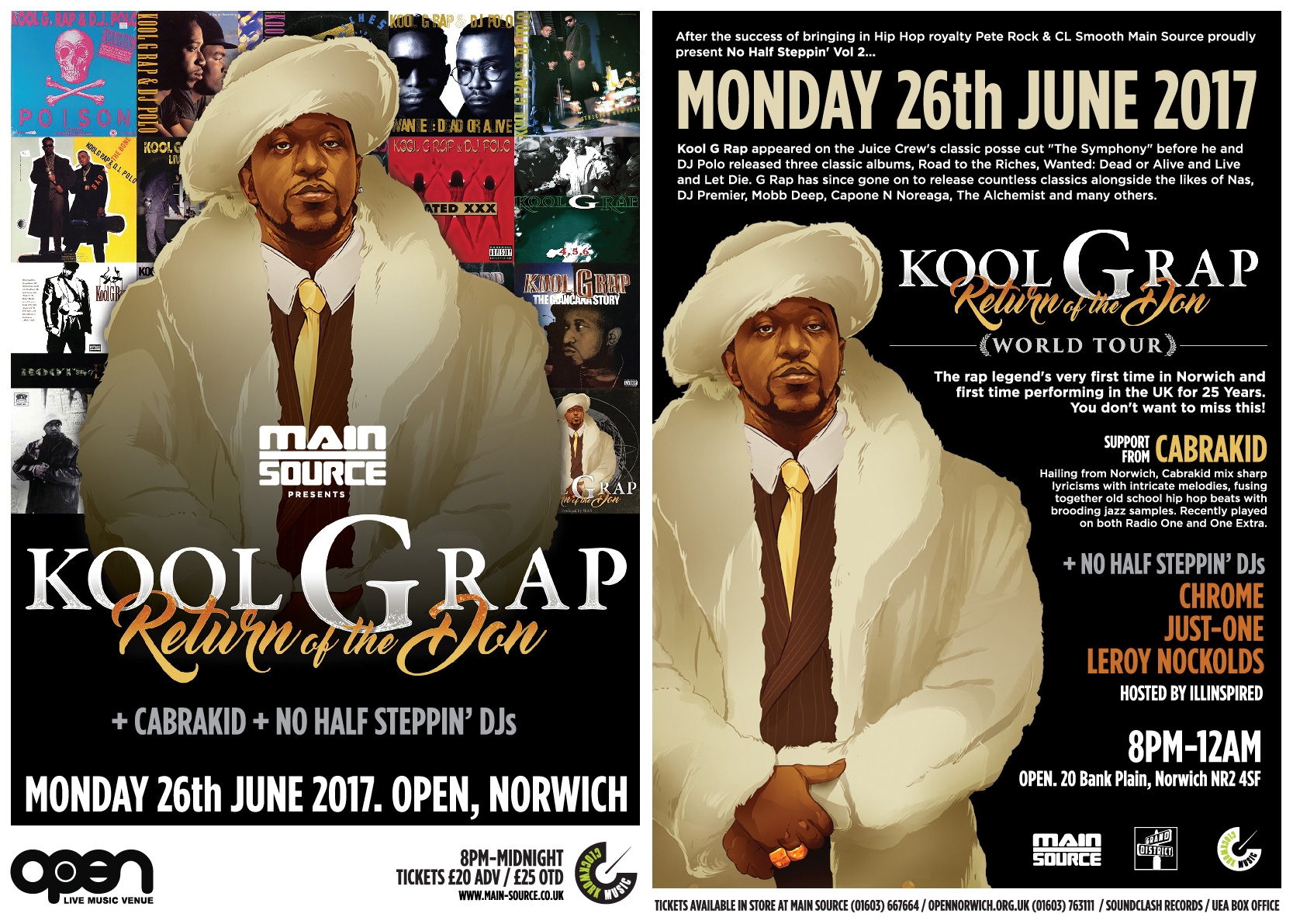